I ran another 1920's skirmish game at the club this week, unfortunately this time my Mounties didn't get their man!

I used the same scenario as the last game LINK , but this time with only 4 players. 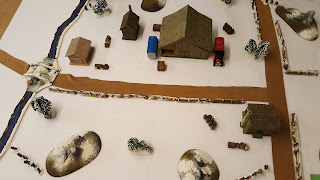 The set up at the start, clockwise from the top left, Frenchie's gang, Tony "No Nose" and his hoods, the Mounties and Lumberjack's gang. 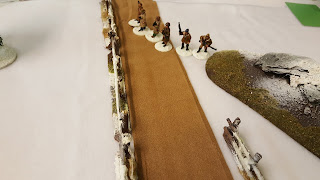 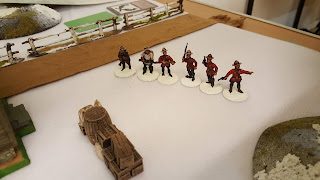 The heroic officers of the law. 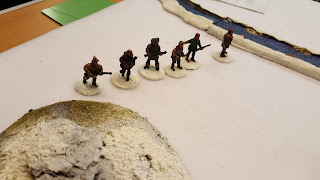 Lumberjack and his men. 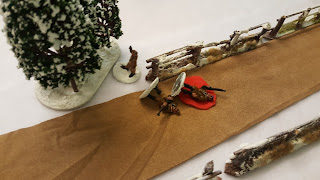 First blood to the Mounties! One of Tony's gunmen is dead and another has been knocked down with a minor graze. 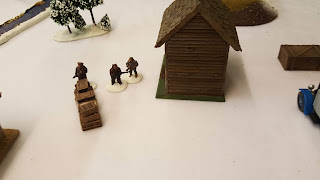 Frenchie rapidly advances towards one of the trucks, whist his men start shooting at anything that moves. Taking on all three other players at once was not going to prove to be the best plan in the long run! 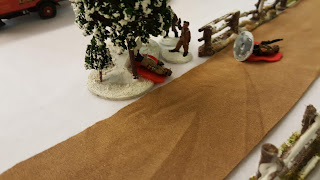 Another of Tony's minions falls to the dead-eye RCMP. 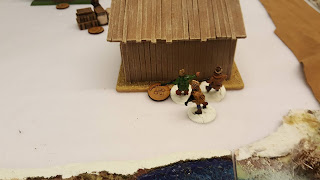 Some of Lumberjack's men try to out flank Frenchie..... 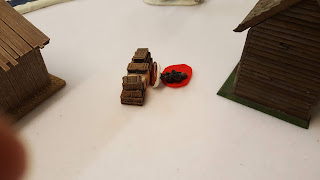 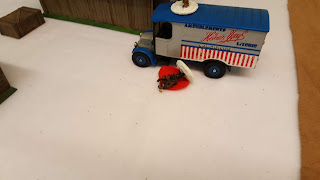 Two of Frenchie's men get into the truck and start the engine, but one of them is shot down my Lumberjack's men. 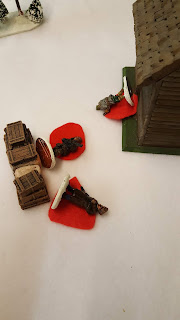 Caught in a cross fire Frenchie drops along with most of his gang (that will teach him to start a fight with everyone else at once!). 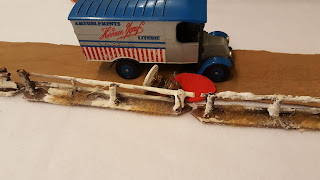 His last minion attempts to drive off with one of the trucks, but is riddled with bullets by the Mounties. 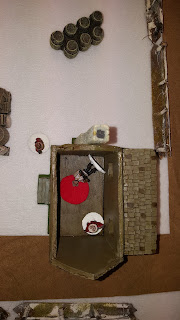 After their earlier successes, one of the two Mounties picking off Tony's men is taken out by the gangster's return fire. 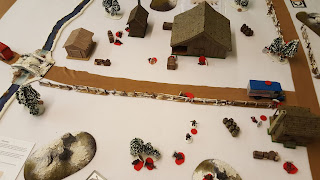 The final situation. All the Mounties are now down, one of Lumberjack's men is racing off in one of the trucks and Tony's last gangster had just got his truck over the bridge and across the border into the USA.

Other games on last Friday: 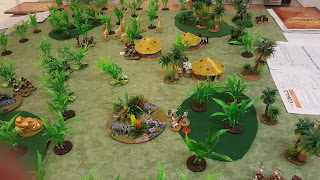 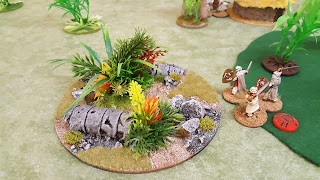 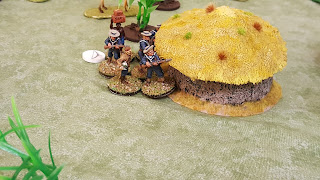 A 6mm Black Powder game set in the War of the Spanish Succession. 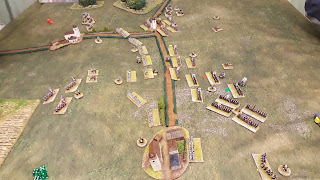 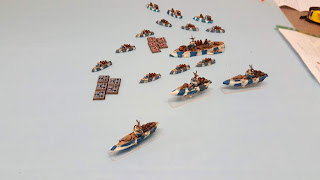 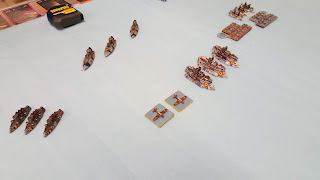 And a game of the new Necromunda, which unfortunately wasn't set up by the time I went to take a picture!