GamesFest is a convention held in Tring to showcase the best of Role-playing, Wargaming , Boardgaming and Science Fiction/Fantasy literature.

GamesFest
is held at:
Victoria Hall, Akeman Street, Tring, HP23 6AA
Date and time for this year are:
21st October, 2017. 10am - 5pm
Click here for the organiser's Facebook page

Last year Tring Wargames Club was invited along to represent historical wargaming with a demo game and it went very well. 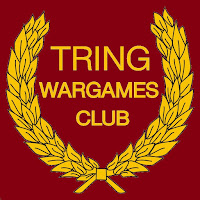 Tring Wargames Club
will be running a Participation Game at this year's GamesFest.

Sharpe's Ambush – a participation game for up to 3 players

Theme:
The Tring Wargames Club game is based loosely on the Sharpe novels by Bernard Cornwell.
Lt Sharpe and Sgt Harper are leading the Light Company of the South Essex Regiment, with some riflemen from the 95th Light Regiment, on a mission to ambush a French supply train travelling the road somewhere on the Iberian Peninsular. 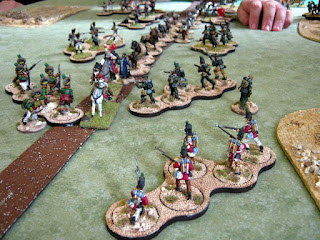 Each player has control of a 5 man section of riflemen with a 5 man section of the light company.
Each player is awarded coins for each pack animal they capture, the player with the most coin after 6 turns is declared the winner.
The umpires will control the French forces.
Each Participation Game will probably last about 30 minutes if you are happy to stay with us.
Good luck and enjoy the game.
Posted by Colin's Wargaming Stuff on September 29, 2017 No comments: