Played a BKC game at the last club night, set in Italy in early 1944. The Canadians had pushed a unit of panzer grenadiers out of a hilltop village, now the Germans were coming back with their mates!

I deployed one company forward, with the FOO and one company in and around the village. The Shermans I held back until I saw which way the German armour was going. To begin with my forward company succeeded in delaying the German advance, or at least the off-table artillery did. But once they were outflanked by infantry moving down one side and the armour moving down the other I was forced to pull the back. Unfortunately the Germans superior firepower and ability to concentrate on the units at the end of my line, made short work of anything they encountered, so I pulled the advance company back. The rather heroic FOO stayed put until the last moment, calling down bombardments just in front of his position, to allow most of the infantry to reach cover, then scooting back just in time.

I moved the Shermans up to face up against the Panzers with initial success, taking out two Panzer VIs for the loss of just one Sherman. Then the dice gods decided I'd obviously had enough good luck recently and I needed a bit of a kicking! I lost a second Sherman to equal the situation, then Mark brewed up my other three tanks in rapid succession! With nothing left to stop the tanks, Mark generously suggested I bring on some reinforcements of a 6 pounder atg and a couple more Shermans. The gun got one shot off before it was destroyed and the Shermans seemed to have broken down as the refused to move for three turns. Once the did get into combat they also brewed up quickly.

On the other flank the panzer grenadiers continued to advance, pinning my outposts with frontal attacks whilst enveloping around the sides. They lost a few troops in the frontal assaults, but were soon in a position to attack the village. By this time I had exceeded my breakpoint and was forced to retire.

It was a fun game, but very one-sided. Veteran panzer grenadiers are very powerful and my rubbish dice throwing was matched by Mark rolling a horrific amount of 6's when shooting at my units in cover. I'm going to play around with the scenario and we will give it another outing sometime soon. 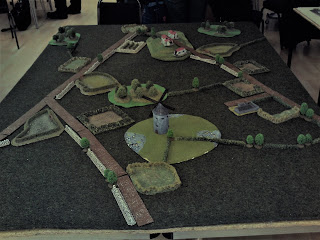 The table viewed from the German side. 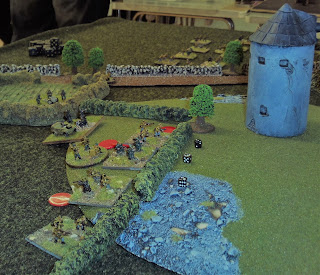 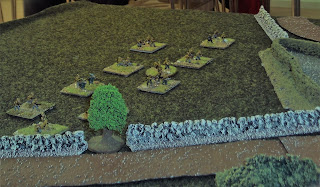 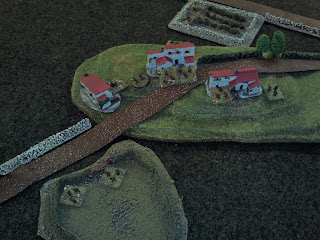 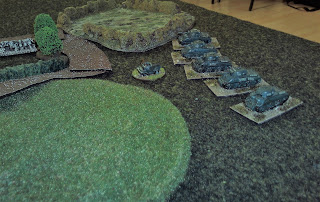 The Shermans wait for the order to advance. 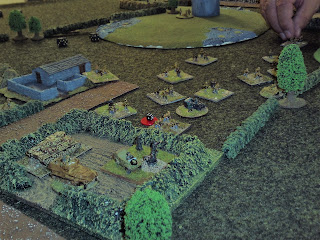 The German juggernaut rolls on!

Other games on that night were an early Western Desert game using Chain of Command. 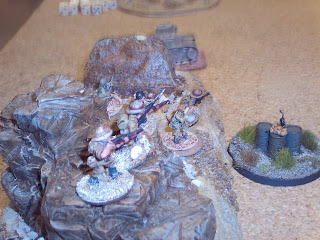 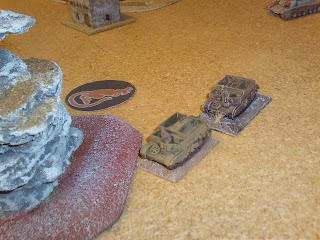 A multi-player game of Congo. 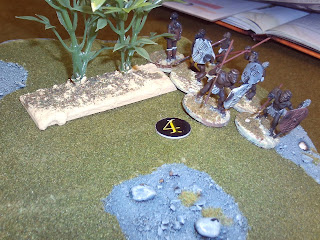 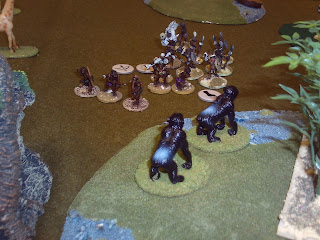 And a couple of Warhammer 40K games. 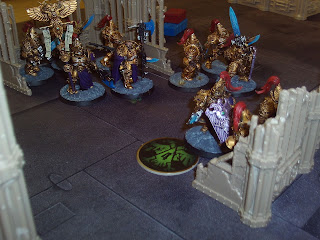 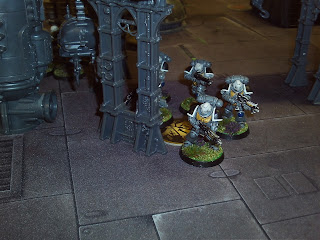