We held our annual Dragon Rampant Memorial Game at Tring Wargames Club on Friday, in tribute to the club members we have sadly lost.

As always it was an example of utter chaos! Voodoo necromancer, experimental scientist and utter nutter, Doctor RR, had stolen all the kingdoms gold and created an army of monsters to protect it. All the various factions have joined together to destroy the recreant and reclaim their cash. However, in any alliance there are underlying tensions, each player was secret assigned a "Blood Enemy" for whom he had a particular loathing.
Victory points were awarded for each treasure token reclaimed, for attacking the blood enemy and for each of Doctor RR's, or your blood enemy's units destroyed as a result of your actions.
I cannot attempt to describe a narrative of the game, suffice to say much confusion and back-stabbing was the order of the day! 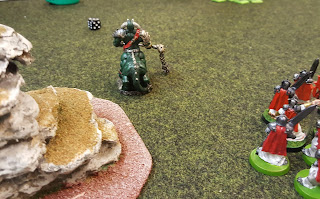 My Damned demon leads my advance, followed by a unit of great swordsmen. 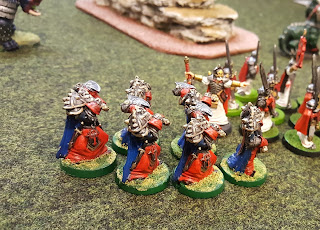 My elite unit of axemen cover the flank. 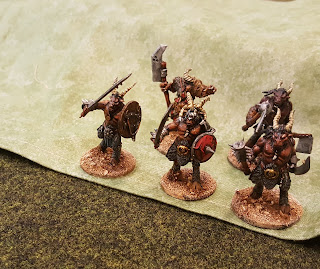 A unit of Doctor RR's beastmen await the advance. 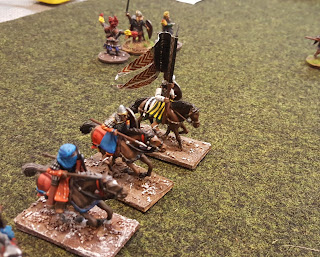 Bill's wizard and apprentice are screened by his light riders. 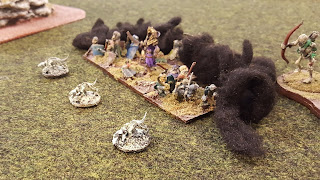 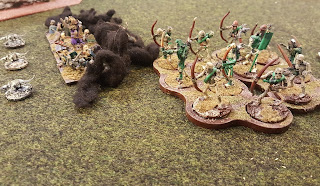 Summoning a unit of skeletal archers. 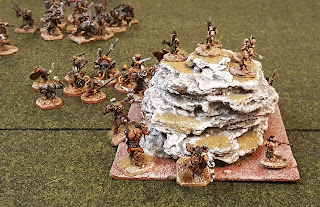 Keiron's Badlands Army advance in the centre, his shooters taking to the high ground to get a better view. 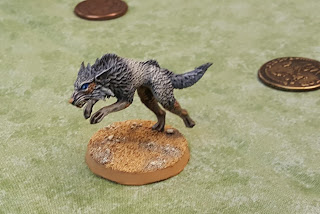 A giant wolf prepares to defend it's master's treasure. 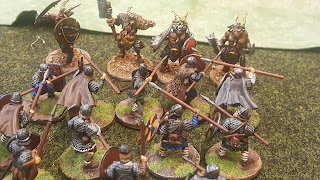 Bill's spearmen clash with a unit of beastmen. 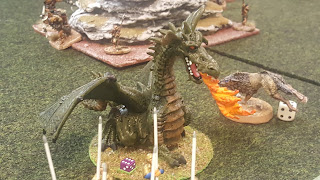 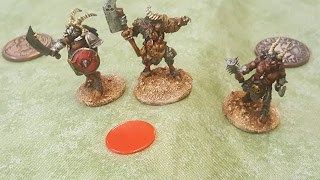 Losing to Bill's spearmen, the battered beastmen fall back. 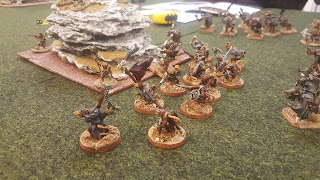 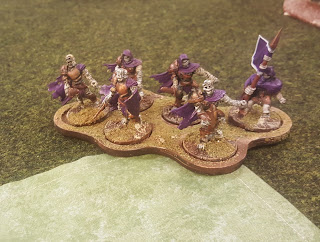 Despite having failed to achieve any Victory Points for almost the entire game, I managed to come out on top in the final two moves! I attacked my blood enemy and routed one of his units, killed one of Doctor RR's monstrous creations and grabbed a treasure token at the last minute. 4 VPs was the winning score.

A lot of fun was had by all, our departed friends would have loved it!