I finally got some of my Streets of Venice terrain along to the club and set up a Wolsung steampunk game. Well two games in fact, because the first scenario (my Plague Doctors vs Triad of Lotus Dragon) was over very quickly. Our second game (Plague Doctors vs Redcoats of Her Imperial Majesty) wasv a much closer fight. Sorry about the flash in some of these shots, it came on automatically in some situations! 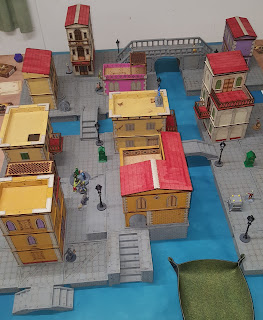 The initial set up. 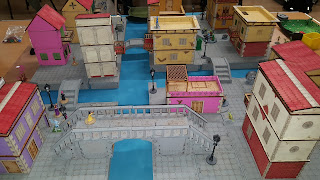 And viewed from the other side. 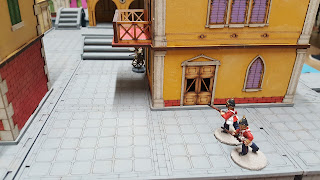 A couple of redcoats advance on the flank. 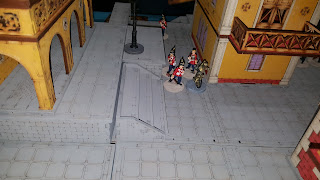 While the rest of the company move down the central street. 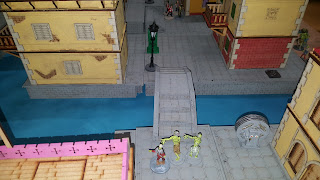 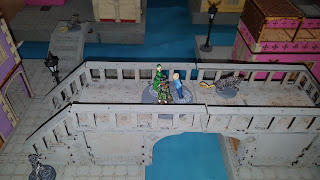 The Ratcatcher and one of his mutant pets moves up. 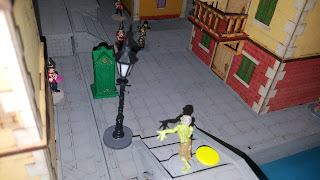 The last plague zombie crossed the bridge as the others were gunned down, he didn't last much longer! 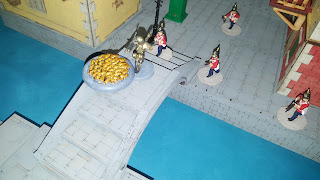 The redcoats main fire support, a clockwork gatling gun cycle, is swamped by a pack of rats (this gives minuses to fighting/shooting rolls. 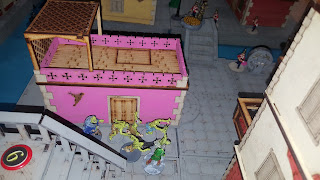 As the redcoats cross the first bridge and form a firing line, zombies are gathering around the corner. 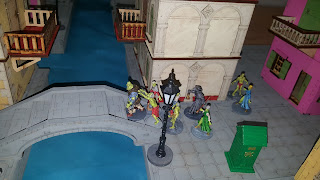 Whist a Plague Doctor leads another horde of zombies around their flank. 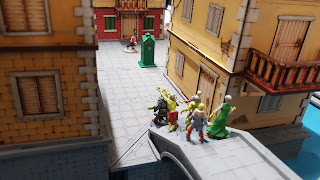 A solitary redcoats spots the flanking attempt and runs to alert the Captain, who is otherwise occupied! 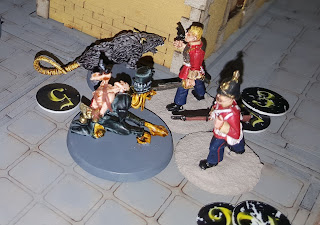 A fierce melee in process between the Captain and one of his redcoats against a giant rat and the Sewer Lurker. Colin's melee dice were awful throughout the game and this ended up with two dead redcoats! 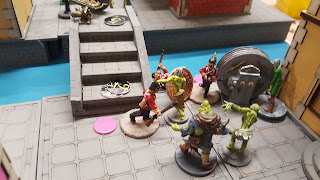 Zombies rush the Redcoat line, several are shot down but some get into contact. Despite rolling at least one extra dice in each melee, Colin ended up with most of his men wounded and toppled to the ground. 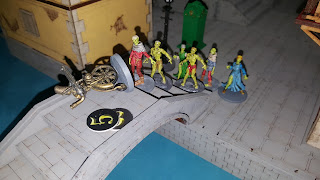 Having gunned down the first wave the gatling gun cycle is destroyed by the Zombies coming up behind the Redcoats.
After the Redcoat Sergeant, who had taken out several zombies single-handed, was cut down by the Sewer Lunker's frenzied attack, the last few Redcoats were over-run by the zombies.